{Background} David Hutchison, the photographer at PhotoVisuals, is an Arts Graduate, a native of Scotland, and currently living in America. David was seventeen when he took his first paid photograph, and thereafter struggled to make any sort of living as a semi-professional photographer. Some years later, he attended Napier College (in Edinburgh) and, on completion of the Photographic Studies degree course, began working with a news photo-agency based in Glasgow. After leaving that agency, to work in a successful Edinburgh partnership, he subsequently began to work solo. In this, David worked throughout the UK for national newspapers and many national magazines before concentrating solely on the corporate field to work with many of Britain's leading blue-chip companies, providing photography for their PR requirements, in-house magazines and Annual Reports. In brief, this work involved: 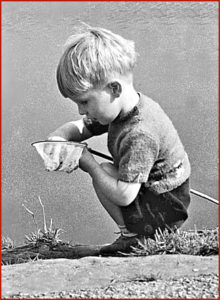 With this extensive professional background, David has taught photography at tertiary level (becoming a member of an Award Validation Team) and has been an invited Visiting Professional lecturing on a wide range of subjects to university undergraduates, college students and schoolchildren.

{Currently} Following his move to America, David became a published novelist [see HutchWrites] and at the same time was able to explore a more personal, more satisfactory, approach to photography, far beyond commercial constrictions. Well before becoming a professional photographer, David had been drawn to the internal structure of an image rather than its external elements. Prior to digital photography this was realised initially in film grain and movement. Latterly, digital imaging has been used as a tool to further explore nature and reveal a deeper aspect of his subjects. Some of David's images use little or no digital enhancement; in some this is extensive and – using a combination of lighting and movement – several images are realised wholly in-camera [see below]. 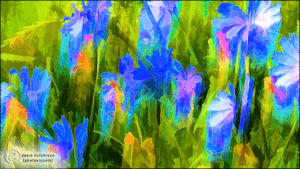 {Addition from David} Proving the saying that a picture is worth a thousand words (or, at least, the few hundred above) this image reveals a much deeper aspect of the subject. Interestingly, as I have always been drawn to film grain as an expressive tool in photography, the pixels here have taken on a grain effect and under close inspection appear to be strokes of a paintbrush. For me, one of the very positive aspects of digital photography is that it is possible to take many 'no-cost' shots, in comparison to the costs of several rolls of expensive film. That last is a great benefit because, if you are actually seeking an in-camera image, you are more or less shooting blind (although able to see results instantly).

For anyone drawn to technical aspects, the approach I used in this photograph was to vary the distance from the subject, the speed of the camera pan, the shutter speed, and the power of the rear curtain flash. In other words, a seemingly unpredictable approach (although one based on experience). Ultimately, in remaining open to, and welcoming the unknown – at the same time, defeating the ever-present, often stultifying, technical side of photography – I believe an inner beauty of my subject has been revealed.

David Hutchison may be contacted at d.hutchison[at]photovisuals.com and PhotoVisuals also has a Facebook Page.

No comments to show.

No archives to show.